The day of these two events it is April 25, and if the Saint Mark feast it is related to a roman catholic tradition, thank to which the body of Saint Mark arrived in Venice from Egypt after a troubled and adventured trip and it is now conserved in the Saint Mark Basilica, the ‘Bocolo’ legend concerns a romantic and passionate love story. In the 9° century, the daughter of the Doge Orso I Partecipazio, felt in love for a man, Tancredi, of humble origins. Given the social differences and origins, the Doge was contrary of this relationship. The girl suggested to Tancredi to depart for the war against the Turks, in order to show his worth and thus been accepted by the Doge and father. Unfortunately, during the war, Tancredi was mortally wounded and before dying given the fact he was in a rose garden, he grasp a white rose, which turned red for the blood of the wounds, asking to a friend to take the rose and give it to the beloved. She received the rose the day of April 25, and following the news of the death of Tancredi she decided to commit suicide.

The red rose, ‘Bocolo’, it is a contemporary tradition in Venice. Man buy a red rose, usually from the Red Cross which collect funds for their charitable aims, and it give it to the beloved as a sign of love, remembering the romantic story of Tancredi and the Doge daughter.

The Bed & Breakfast Santo Stefano will be glad to host you during these days, and let you breath the atmosphere of the romantic Venice.

Why choose the B&B Santo Stefano

10 advantages that will make you appreciate our Bed and Breakfast

1) We are in the center of Venice, in 10 minutes walk you will reach Piazza San Marco, Rialto Bridge and all the main museums and attractions of the city.

2) Room with independent entrance and private bathroom, for your privacy and tranquility.

3) Kitchenette to prepare breakfast and your meals, comfort and relax as in your own home.

4) You will be hosted in one of the few real B&B of Venice, in which the family lives alongside the guests, guarantee of quality and assistance for your holiday.

5) City maps and guides along with other services – "Welcome Kit" (City map, bottle of prosecco and fresh fruits on arrival) for those who book directly from our website.

6) Discounted rates of at least 10% compared to the rates applied by the Tour operators by booking directly from our website!

7) Highest level of service and cleanliness as testified by the prizes received.

8) Check-in until 24 hours for your arrival in peace

10) Fresh products for your breakfast every day in the room 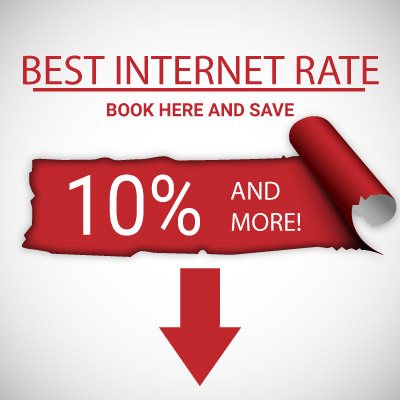 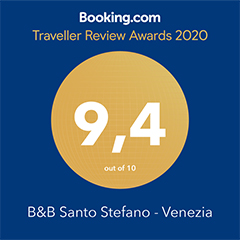 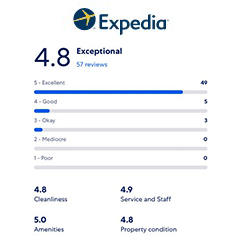 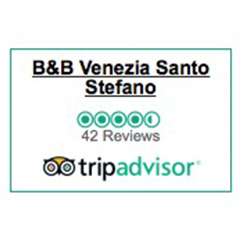 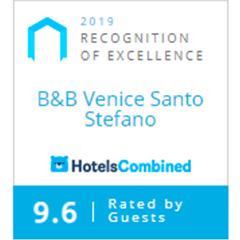 Around the beating heart of Venice

From Museo Fortuny to Rialto Market

From Palazzo Grassi to Guggenheim museum

Murano, history and tradition of a famous art

The production of artistic glass has always represented an important economic reality for the city of Venice.

Hiring a water taxi in Venice in absolutely an electrifying experience and definitively the fastest way to move in Venice.